The Detroit Fanfare convention last weekend was a wonderful experience!  There was a great crowd in both volume and exuberance!  I had some great conversations, especially with fellow Legion of Super-Heroes fans, and enjoyed the heck out of interacting with everyone that I came into contact with.  I especially enjoyed the Kid’s Day on Sunday and the trick-or-treating around the convention floor.  Excellent idea!  Kudos to the people running the show.  It was well planed out and the space was used very well. I even got a chance to grab some comics on my list. I’m already looking forward to next year.


Excelsior!
Here’s my pictures of the event. 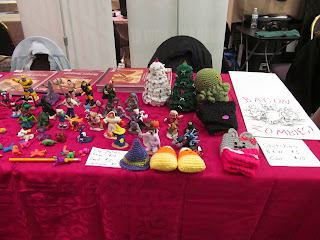 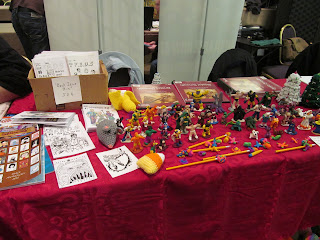 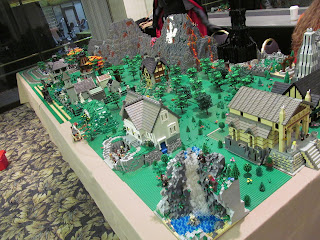 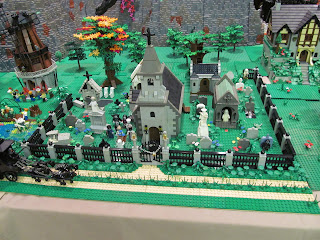 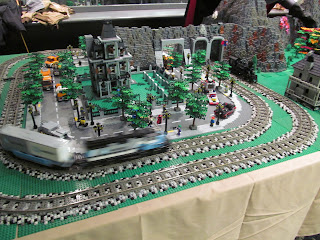 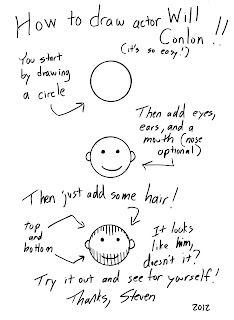 I have this little mission to teach people to draw Out With Dad fan art, and this is my first idea to reach that goal.  Well..it’s my only idea, really.  I thought to this because when I first started doodling Out With Dad characters I realized that Will Conlon (Nathan aka Dad) was very easy to draw because anything with a beard looks like him.  Or at least I think so (see pic of him below).  I’d love to see some other fans give it a shot! 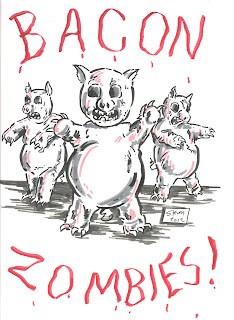 And of course, zombies.  It’s almost Halloween, so there must be zombies!! Everyone loves zombies!  And everyone loves bacon!  Therefore....


Some notes:  I did these two drawings with no intent of posting them here together.  I was thinking about which to post here first.  Then I remembered this post from last year, and I realized I had inadvertently created the sequel!!  Therefore the above title.
Braaaaiinnns!!!!  Oiiiiiinnnkk!!! 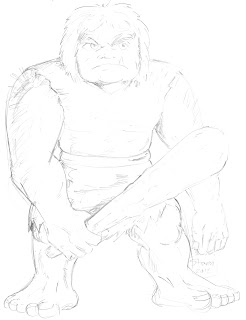 This week I wanted to show a drawing as it progressed from pencil work to finished ink.  Perhaps I’ll color it at a later time.  This Ogre is an idea for a character for the third Mutant Elf storyline, which should start sometime next year! 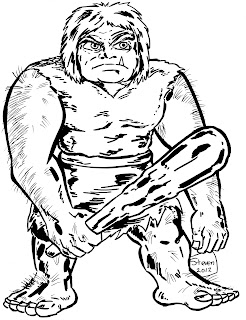 Speaking of inking, I worked some ink into the Pretty in Geek sketch of Stacey I posted last week. I like the ink separating Stacey’s “real self” from her “imagined self”. I also was thinking that, given Stacey’s limited cranial capacity, this sketch might be better said to reflect how the other players see her than how she sees herself.  Things are probably much more cartoony in Stacey’s mind…hmmm…perhaps there’s another idea for a drawing… 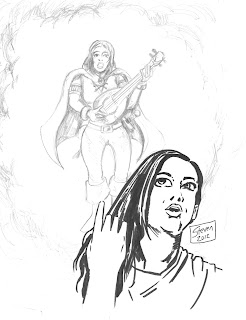 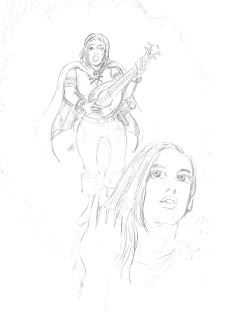 Today’s drawing is a sketch I did based on the webseries Pretty in Geek.  I was thinking about role-playing games and how the player takes the role of a character.  This led my thoughts to the characters on Pretty in Geek and how they might see themselves in their in-game personas.  The image that stuck out to me the most was of Stacey singing as her Bard, and how she might picture her character doing so.  Technically, I don’t think the image scanned very well, and I’m thinking of doing ink and/or color to further separate the two characters from each other.


Since I’m on the topic of role-playing I think I’ll add some comments about why the genre appeals to me so much even after all these years.  Role-playing games allow a player to experience a story as a participant.  It’s akin to reading a great novel or watching a great movie, but you are part of the action, making the decisions of your protagonist.  And you don’t have to play a character that anything like you are in real life.  After all, I’ve never been a Half-Elf, much less a Druid, and I had a blast playing as one.  Finally, being the game referee is as much fun as playing.  The players are playing within your story, and you are playing the roles of everyone who appears other than the characters.  Role-playing games are the more sophisticated continuation of the adventures children act out together as soon as they are able to communicate.  What could be more fun?  I role-play online now, so if you’re interested in a game, contact me and maybe we can get something going!


My Mutant Elf webcomic is very inspired by the gaming I’ve done in my life.  I’d appreciate it of you’d check it out, and share it with your friends.
Posted by Steven at 10:25 PM No comments: