Reviews: Gotham and Agents of S.H.I.E.L.D.

The new television season has begun, and comic-book geeks like me have two shows we are currently watching…and discussing.  I speak of the second season of Agents of S.H.I.E.L.D. and the beginning of Gotham.

Both shows have lot in common.  Mostly, they are both about super-hero universes but do not star any super-heroes.  The main characters are just regular folks.  Be they super-spies or incorruptible cops, the good guys are always going to be challenged by the villains, especially if the villains have super powers!  Also, both of these series spun off of popular movie series, though Gotham has no need to be true to the recent Batman trilogy, since there are no more movies set to tie in with that particular Batman continuity (at least as far as I understand). Finally, I think the success of these shows lie in strong characters and strong acting.

Gotham varies greatly from AOS in that it is a prequel, and event within do not run concurrently with any movies.  This frees up the writers to develop the characters present, but also means we know in the long run no major characters will die.  Still, that leaves a lot of room for drama as Detective Gordon tries to clean up the Gotham PD while keeping his friends and loved ones safe.  I like the actor portraying Gordon, and that’s why I think the show will prove successful. They just have to keep Gordon incorruptible.  It may seem very unrealistic and cartoony, but that’s the biggest character trait I think of when I think of Jim Gordon.

AOS had a great first season.  Though I’ve read many opinions that it started slow, I have liked the characters all along.  With S.H.I.E.L.D. currently operating underground, and clashing with the US government as well as Hydra, they have a lot of difficulties ahead of them that should lead to a lot of drama! My favorite characters from season 1 were Fitz-Simmons, and they look to be in bad shape, with the best surprise I didn’t see coming in a long time!  It looks like it will be agonizing to wait each week for the next episode of AOS.


Well, that’s all I have to say about TV for now. I’ll try to come back and comment on how things are going around mid-season!
Posted by Steven at 9:28 PM No comments:

I am making an effort to put  a dent in my reading list, and the most recent comic I managed to check off my list is Michael Neno’s The Signifiers #2.

Michael introduced the psychedelic world of the Signifiers with a quite interesting and visually interesting premiere issue.  He moves things along in issue 2 with some details of the life of Splash, who is pretty much the lead character, and who gains a Ypytlic in order to protect himself from the Voyst.  Yep, I typed that correctly!  The question is: what is the Voyst and is it good or bad?  There are some hints among the prisoners in a castle perhaps and a visit to Splash’s Aunt. It’s an intriguing story and I look forward to reading more!  There’s also an episode of Landlark, the Heat-Seeking Dwarf, which involves a trippy and perhaps dangerous tapping into the Voyst.  Plus, there’s Thelma, the best dog-woman ever!  Really!  Go check out Michael’s work on his site and enjoy! 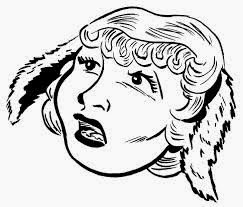 Superman made his debut in Action Comics #1, lifting a car over his head on the cover.  The scene is not, I’ve been told, repeated in the comic, but remains an iconic image after all these years.  I thought I’d do my own take on the idea, and this sketch is the result.  I plan to add colors eventually. 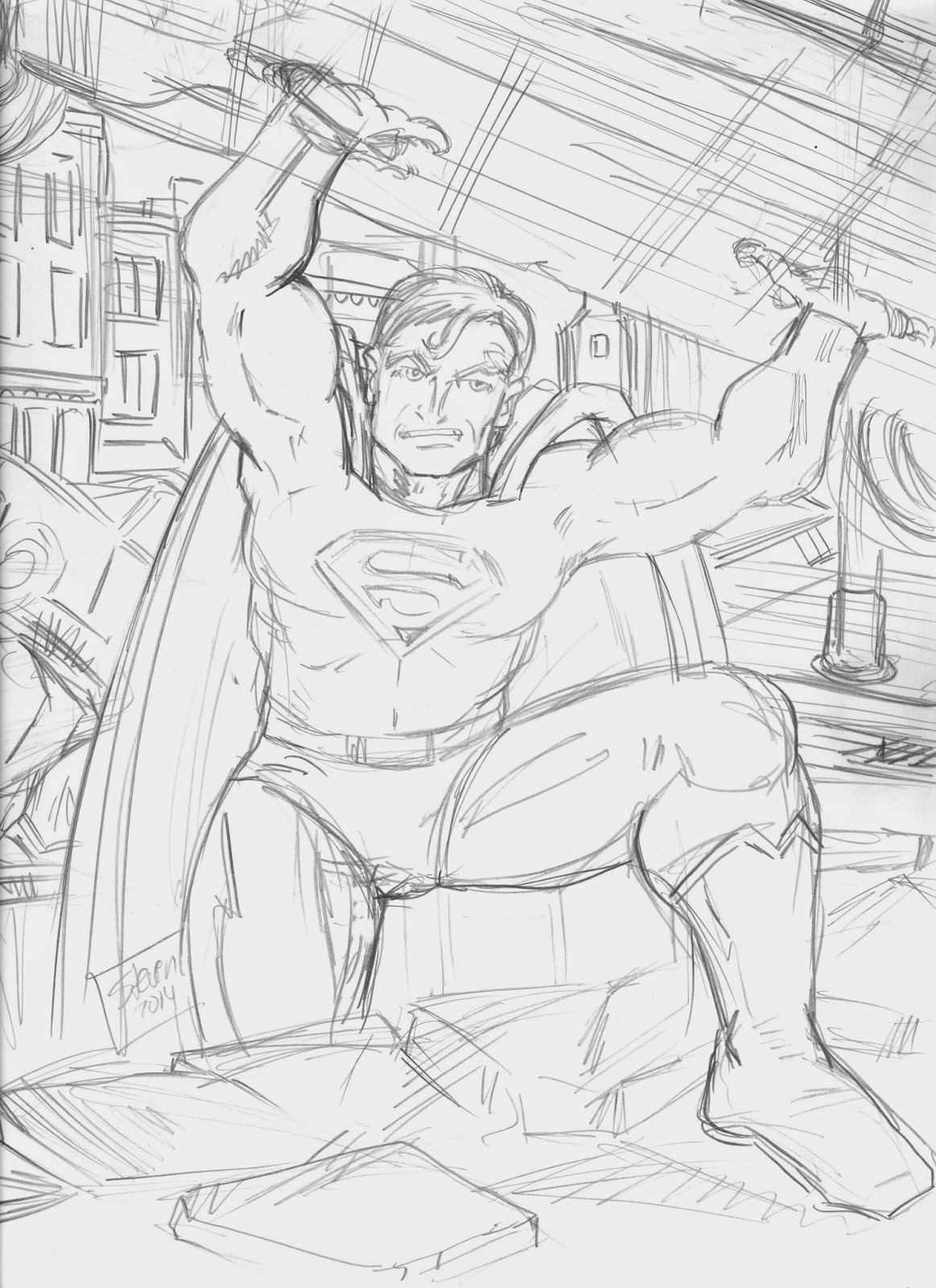 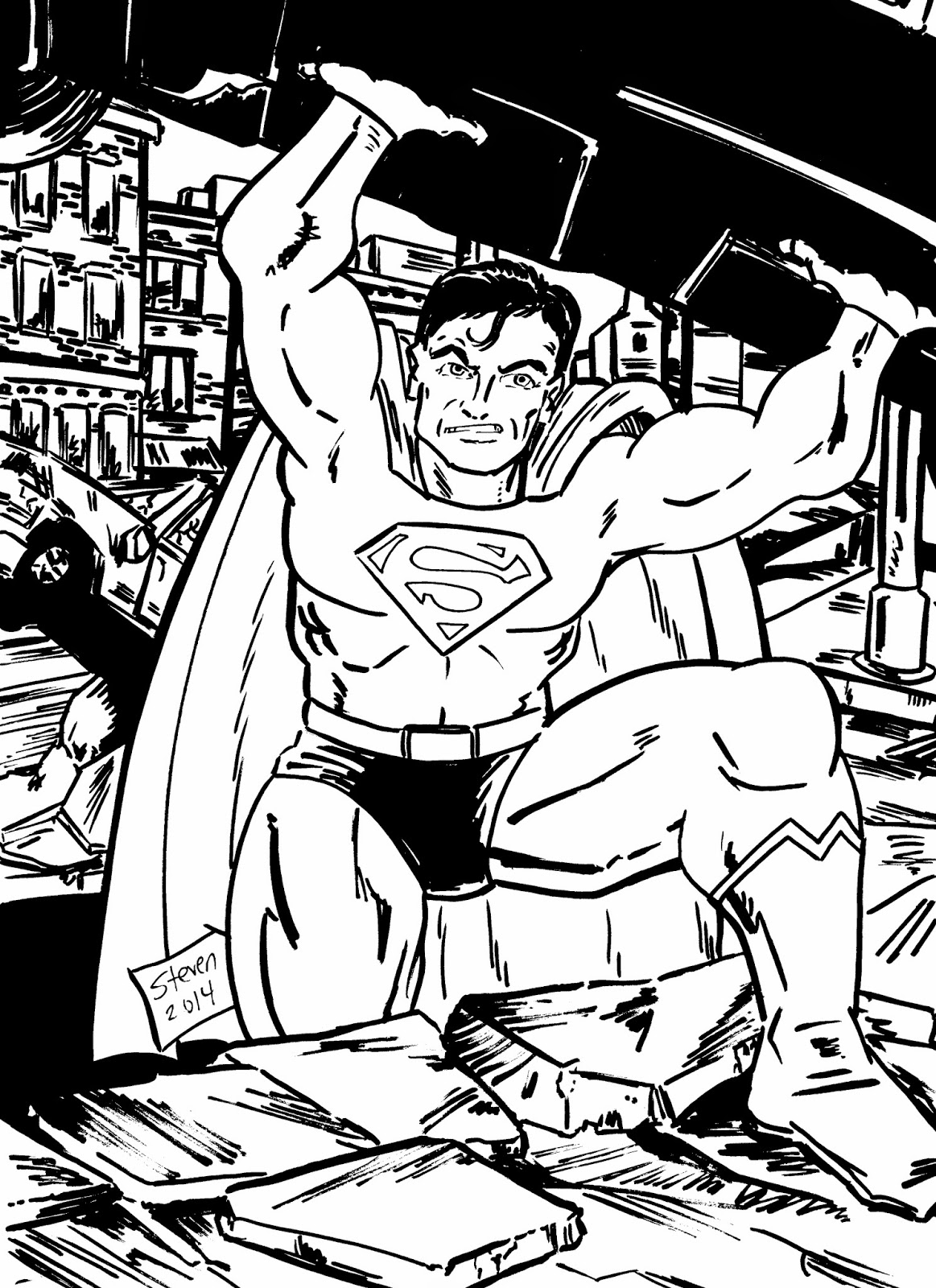 Out After Dark--on Comic Fury

This week marks the debut of the Out With Dad webcomic being posted on Comic Fury, the site where I post my weekly webcomic, Mutant Elf.  I wanted to post the Out With Dad comic on Comic Fury to hopefully attract the attention of some readers who have not seen the webseries.  However, I also want to give people who have already read the OWD comic a reason to click over to Comic Fury.  Therefore I am beginning the series with a new drawing, which is kind of a “cover” for the comic.  Also, I will be writing new comments for each page as I post them.  I don’t have an exact timeline for posting pages, except that I plan on a page every couple of days or so.

This is also is way to get in the mood for Out With Dad before the debut of the final section of season 3!  Seems rather awesomesauce to me!