I love the Avengers! I have many favorite writers and artists in their history. It's hard to even pick a favorite. However, Stan and Jack started it all out with this group! 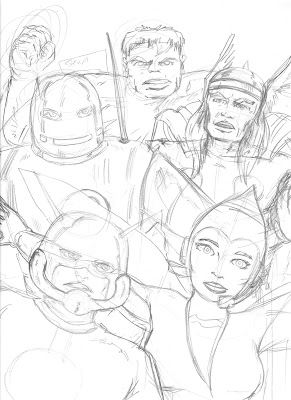 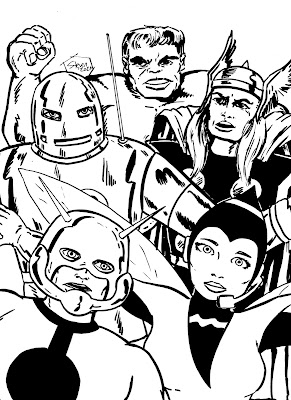 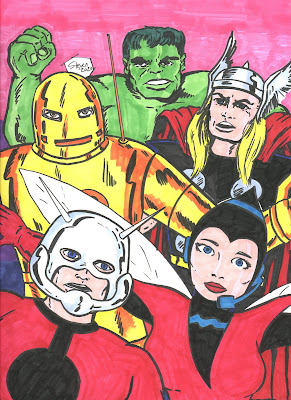 Posted by Steven at 9:43 PM No comments:

I had my heroes when I was young, and I think they mattered. Luke Skywalker mattered to me as the average guy who fought evil. I guess he wasn't really "average guy". But he did work very hard and overcome a lot of obstacles in order to fulfill his dream.  I think super-heroes such as the X-Men are important to a legion of fans. The X-Men is a very important metaphor for minorities and anyone else who feels picked on for who they are.  The heroes are people that children look up to, even if these heroes are fictional.

And this brings me to the Black Panther. He is, of course, on my mind due to the recent untimely passing of Chadwick Boseman, who portrayed the Panther onscreen in the Marvel Cinematic Universe. I've always loved the Black Panther. He's an important hero for many reasons.

Jack Kirby and Stan Lee created T'Challa in 1966, and he was the first African character published by a major comic company. He broke a barrier, but even more important, he was and is a great character. Fighting racism was a theme Lee and Kirby would tackle separately and together many times. Though they weren't of African ancestry, they were two Jewish guys who had helped the world win the war against Hitler's Third Reich. The Black Panther matters because young readers who were black had a character that looked like them that they could look up to. This representation in popular media has shown to have a real positive impact on readers. T'Challa was a king, an leader, a genius, and became an Avenger. He's been a co-star or star of many comic series.

And he's also the main character in one of Marvel's best movies. The Black Panther movie is one of my favorite, and Chadwick Boseman's portrayal of T'Challa is just about perfect in every way. He gave the King of Wakanda a real regal presence among the many other great characters and actors in the Marvel Cinematic Universe.

I drew this picture as my tribute to Mr. Boseman. I know it's usually a cop-out to say "I could have done better", but in this case, it was a struggle to complete the drawing. Not because of the technical details, but because of the emotions. 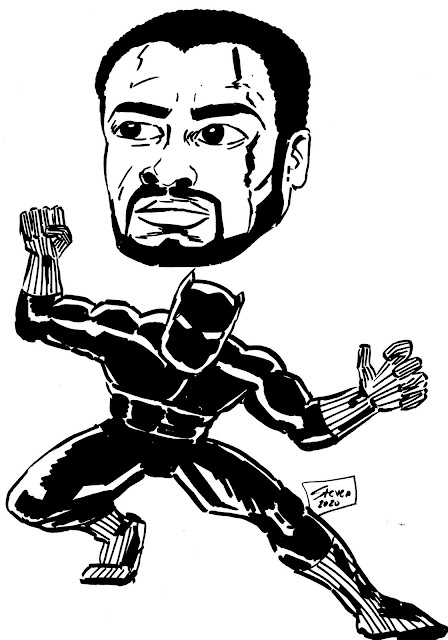 Posted by Steven at 9:41 PM No comments: