Since I haven’t done so on my blog, today I’m going to write about what my mini-comic, the F.E.D.s , is about.  Recently I was re-reading some old reviews of the F.E.D.s, which I think do a good job describing the series.  They are a bit dated, both being written when I had just 5 issues finished, in 2008.  It is now almost 2012 and I am finishing issue #16!  But before I go on I should give you links so you can read the reviews.  I’ll discuss more when you get back:


http://www.opticalsloth.com/?p=13915
http://candyormedicine.blogspot.com/2008/10/mini-comic-monday-feds.html
I see that you’re back.  I’ll discuss now.  The reviews are amazingly similar I think despite them coming to very different conclusions about the book.  First off, I’ll admit my scripting and art are always aspects of my work I’m dissatisfied with and striving to improve.  I hope I’m better now than I was 4 years ago.  But there’s always room for improvement.
The F.E.D.s is a comic that I intentionally try to write and draw with a particular tone.  I prefer the label “old school” to “campy’, but either fits pretty well.  When I set out to do a small press super-hero comic, I wanted to do a comic like those older comics that I love so much.  Specifically, I’ve been reading a lot of Marvel Essential volumes and back issues over the last 10 years, enjoying the heck out of writing and art from the 60’s and 70’s. There are certain conventions that I use that reflect these comics.  I try to include things like big sound effects, subplots, bombastic dialogue, big fights, character monologues, thought balloons and exclamation points!!! These were standard conventions of comics from a few decades ago that are used less and less today.  To me, not seeing these conventions is a shame, since I enjoy the comics of years ago much more than those produced today.
I think of the F.E.D.s as “a super-hero comic that isn’t afraid to be a super-hero comic”.  And, yes, I think some writers at big companies who currently write super-hero comics seem embarrassed to be writing a super-hero and try to make the comics anything but.
In conclusion, I thank anyone who reviews my work and I understand not everyone is going like the style.  But I hope people continue to read my work and have fun while doing so!!

Happy Holidays to Out With Dad! 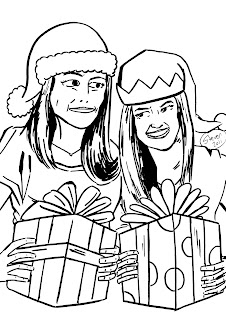 I’ve been thinking for a while about another drawing related to Out With Dad, and I got an idea.  Unlike many a television series, Out With Dad doesn’t have a “Holiday episode”, so I thought it would be nice to see Rose and Vanessa giving each other Christmas gifts!

I drew these at school for my students.  Feel free to copy and print and let your kids color them! 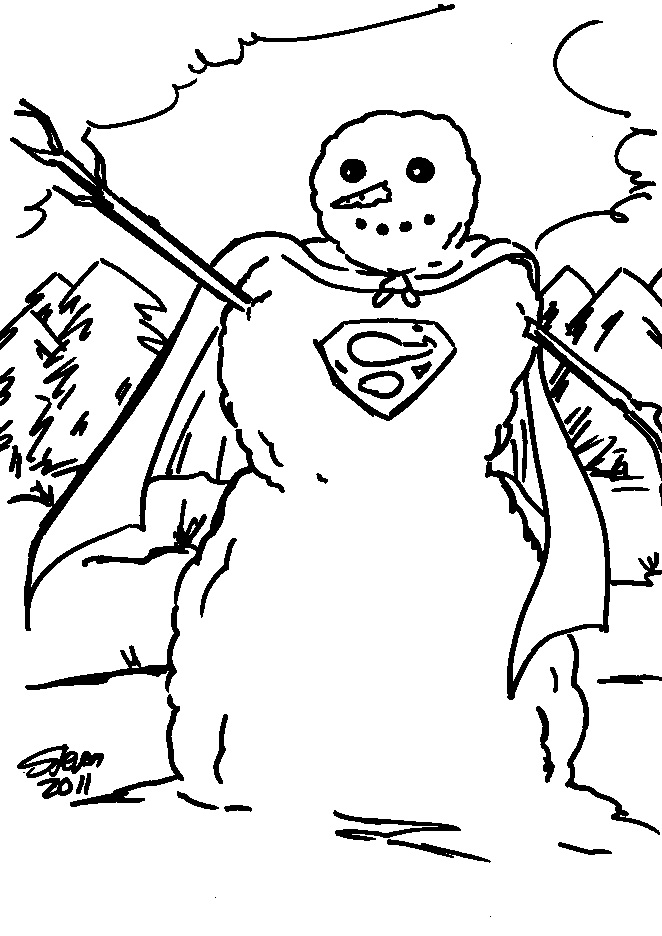 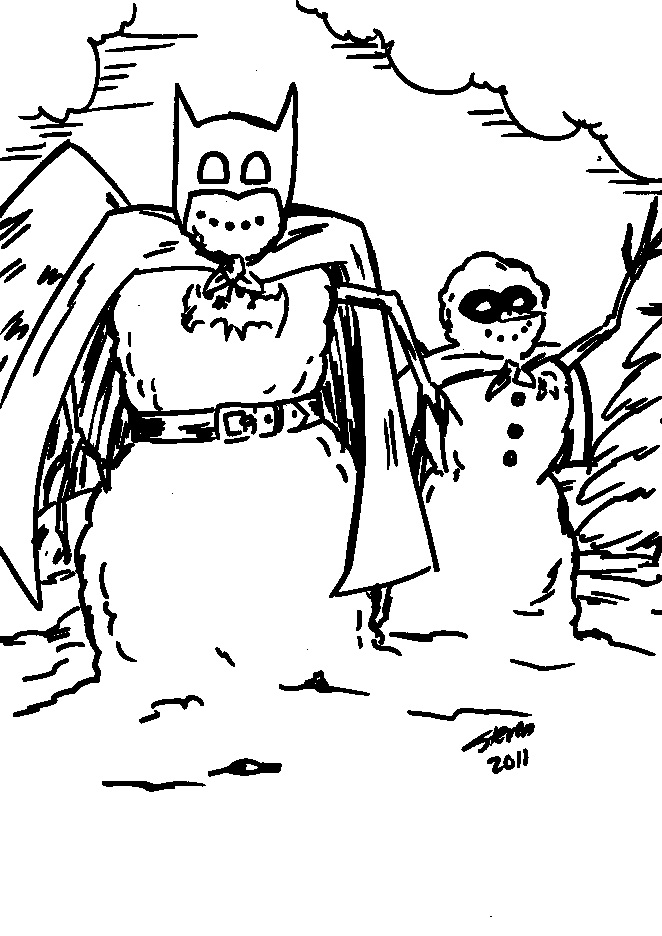 How the Grinch stole Cthulhu 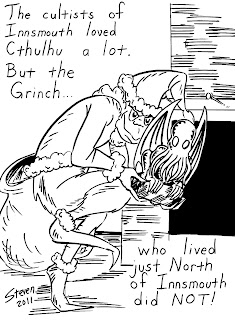 I thought I'd try to post some holiday-oriented art this month. Plus I just love the Grinch! I could just see him saying "I must find a way to stop Cthulhu from coming!"
Posted by Steven at 1:59 PM No comments: