The Warning Art in three stages

I decided to create some fan art for my favorite "modern" band, The Warning. (see here for my most recent post concerning them) Hope you enjoy! 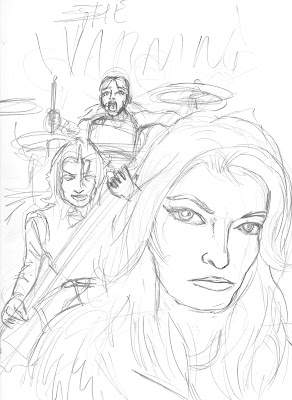 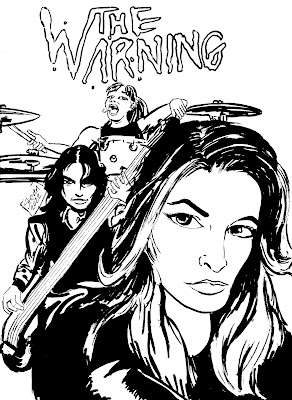 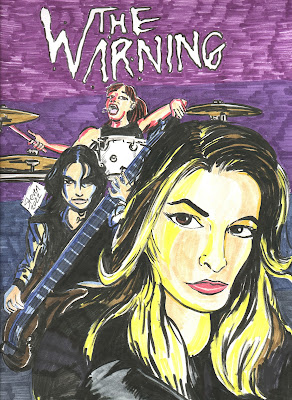 Posted by Steven at 9:49 PM No comments:

At least the three most iconic female members! Hats off to George Perez and Romeo Tanghal!! 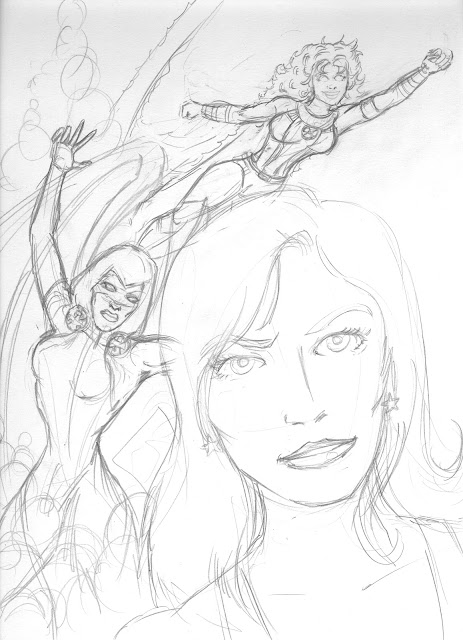 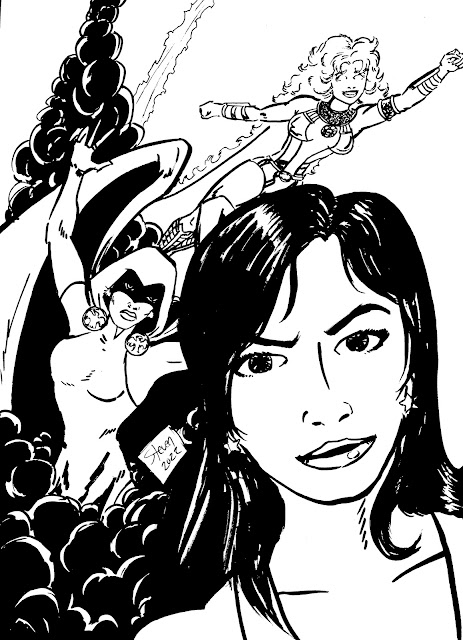 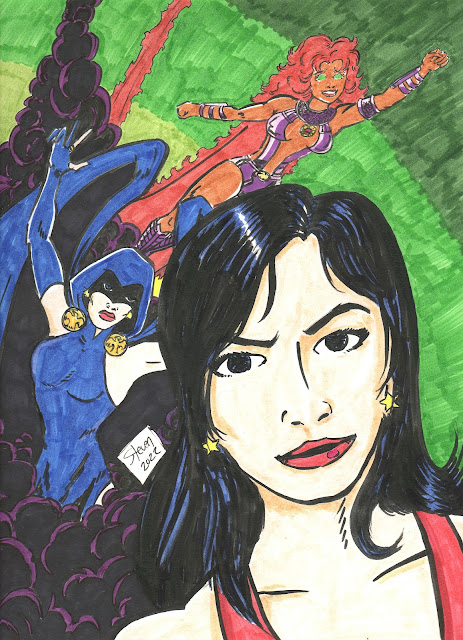 Posted by Steven at 9:56 PM No comments:

HULK!! and friends- in 3 stages

The Hulk and friends! Mostly inspired by the incredible artwork of John and Sal Buscema and John Byrne! From pencils to colors. 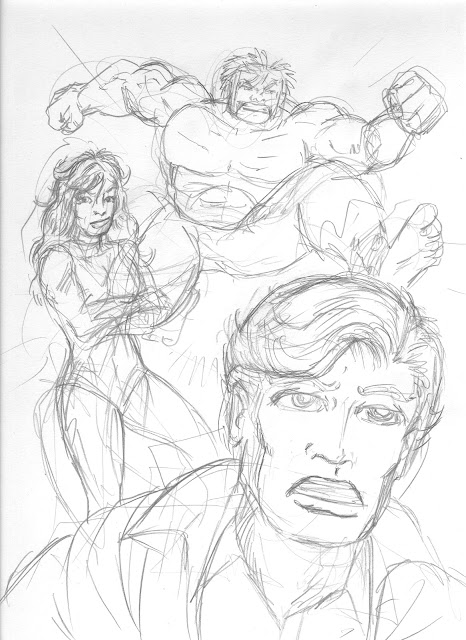 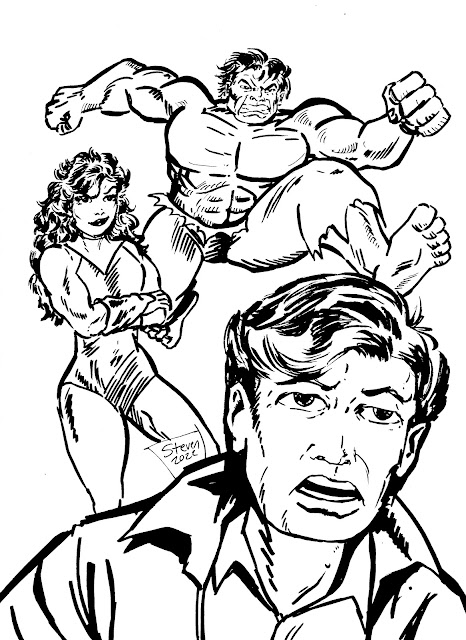 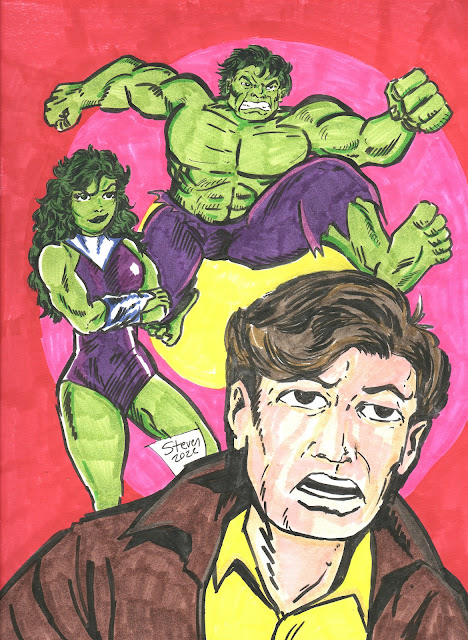 Posted by Steven at 2:10 PM No comments:

Inspired by Steve Ditko, or course. In three stages. 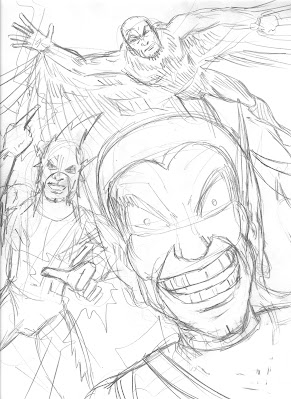 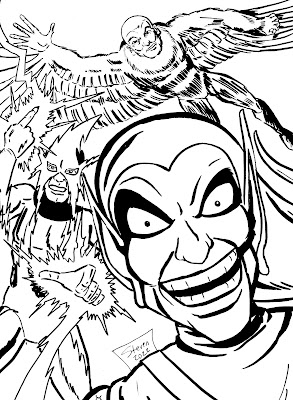 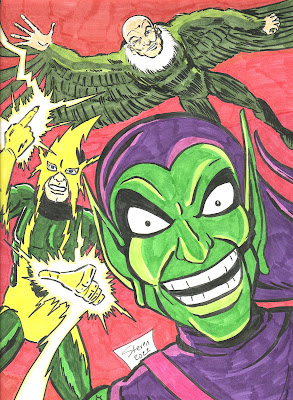 Posted by Steven at 9:30 AM No comments:

It was a dream fulfilled!

Years ago, I wrote about The Warning–the band made up of three young sisters who play incredible rock music. Days ago, I finally had the opportunity to see The Warning perform live! One of the things I was thinking about beforehand was how when the band first went viral, there was a novelty to watching some teenage girls cover big time rock tunes. Now they’ve outgrown that novelty. In other words, they have to just be really good at what they do. And they are, without a doubt, very VERY good!


So let’s talk about the show. I saw The Warning perform in Flint, Michigan at The Machine Shop. It was a few hours drive from where I live in Ohio, but it was worth the trip. The Machine shop is a nice little venue, with a very rockin’ outlaw type atmosphere, but very well maintained and clean. Also, the crowd was just awesome! Everyone was having a good time and actively rocking to the music! If you aren’t from the area, you might not know there’s supposed to be this big rivalry between Ohio and Michigan. Yet I have nothing negative to say about anything during the show or my trip.


On to the music! The opening act was Hero The Band. I was a little concerned when I couldn’t hear the vocals in the first song, but that got cleared up and by their third number, I was impressed! They had great stage presence, and out on a nice show with some very nice original songs, plus one cover. I particularly liked the song “Back to Myself”, which you can listen to here: https://www.youtube.com/watch?v=HuoywO6oMWo

And now to talk about The Warning! It’s amazing how much they’ve grown and progressed since I first took notice of them when someone shared their original “Enter Sandman” cover. But when they took the stage the first thing I noticed was that they are still very young! Yet their fans, such as me are….more aged. But I think that reflects their style of music. I’m gonna call it “old school rock” and it appeals to those of us who have been on the planet a few more decades than the Villarreal sisters. I also think we older people appreciate anyone their age who admits music started before the year 2000!


And their performance was even better than I hoped. It’s very hard for me to describe. The entire set was exciting, and I was awed by the level of excitement the music generated. They started off playing “Z”, which is a great beginning because it has such a hard driving beat. All their songs are good, but I think their newest stuff is the best. (Which is a very good thing, because it shows growth.) So I think things really got exciting when they played “Choke” with the high vocals and emotional lyrics. I’d like to mention something individual about Dany, Pau, and Ale, but I find it hard to differentiate between them as artists. They each excel at their role within the whole that is The Warning, and that’s what makes this band so good. They are excellent at not just playing and singing, but performing. By this I mean they are entertaining and fun to watch on stage, and they play to the crowd extremely well. Someone asked me recently if I had a favorite member of the band, and I honestly can say I do not.


I do have favorite songs, however. As I mentioned earlier, mostly from their newest collection. I was very happy that they played both of their Spanish-language songs in the set, although my Spanish is terrible and I can’t sing along well. And P.S.Y.C.H.O.T.I.C was a surprise closer, because I don’t remember seeing it on their set lists from this tour. Survive is the oldest song they played. The co-lead vocals and extended instrumental ending keep this song driving until the end. They played their new version of “Enter Sandman”. But I think the highlight among highlights was “Evolve” as the penultimate tune.


I hope the band is enjoying traveling the USA. I hope they get a lot of great feedback from fans. I hope they keep coming back around this way so I can see them again. Maybe in Ohio so they can worry less about those scary Michigan drivers. (Hey, I had to get in one hack on Michigan…we are rivals, after all!)
Posted by Steven at 1:05 PM 2 comments:

Here's three stages of an arachnid themed drawing a did. I used different references for each character. Spider-Man based on John Romita. Venom on Todd McFarlane. And Spider-Woman on Joe Sinnot! 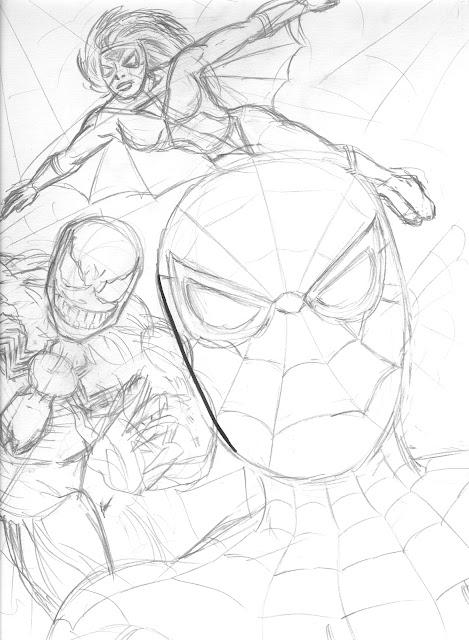 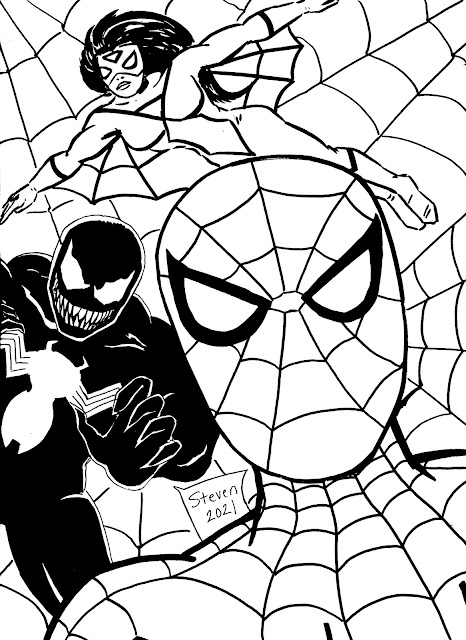 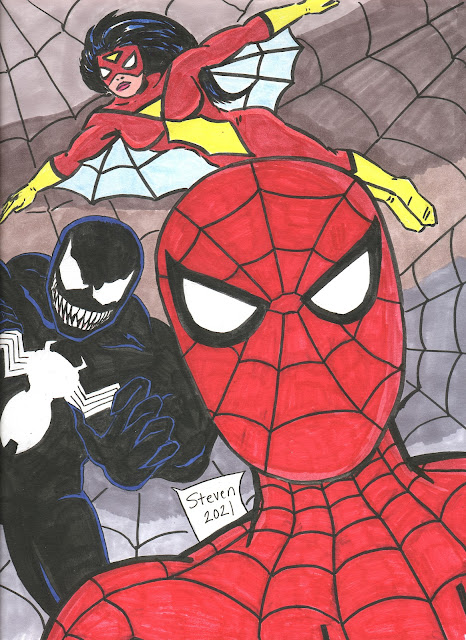 Paris Watkins is a great guy and a cartoonist who creates adventures of his own cast of characters. I've had the pleasure of sculpting many of them. But I decided to do something different and draw them in the same style I did my Captain America drawings. I tried to stay true to the characters while giving them my own touch. 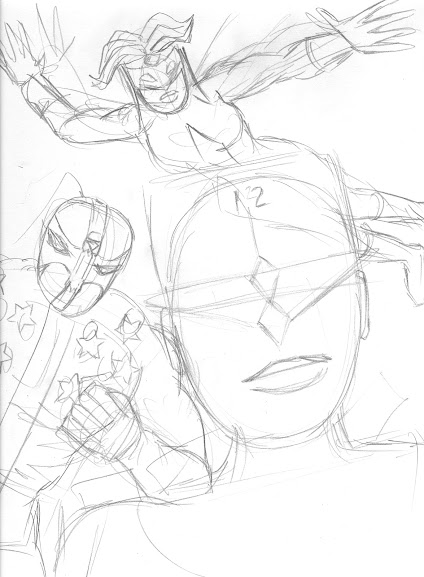 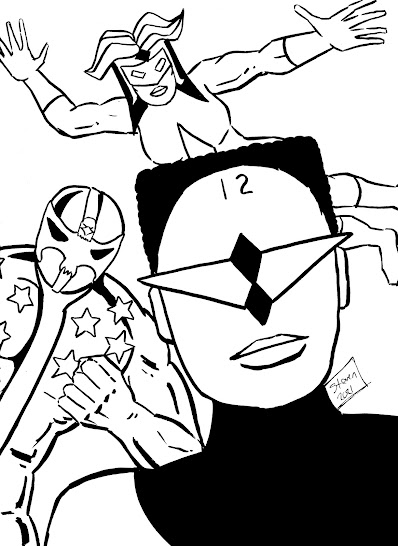 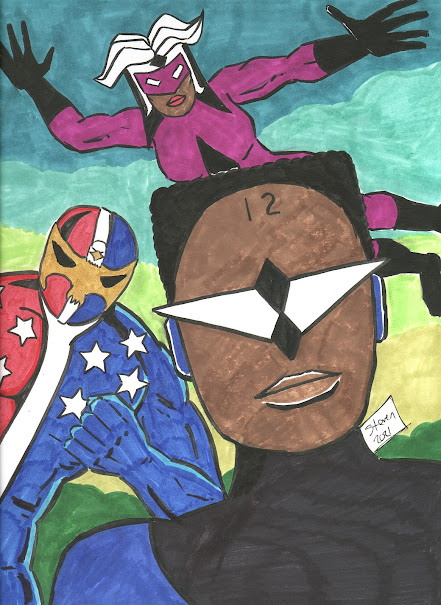