I recently completed reading the Showcase Phantom Stranger vol. 1 from DC Comics. I haven't read much of the Phantom's exploits, but I always thought he was rather interesting. Here's what I think now:

The earliest tales of the Phantom Stranger, created during the 1950s, were much less mystical than what the character evolved into. The Stranger had the ability to appear and disappear, but other aspects of the adventures were not magical at all, and the presence of Doctor Thirteen, the Ghost Breaker, ensured they would stay so, as the good Doc was a great debunker of all things supernatural. The stories changed when DC brought the character back in 1969, revealing the true mystical nature of the Stranger, and poor Dr. Thirteen was pretty much relegated to comedy relief, claiming the very obvious magical goings-on were tricks. Eventually, the Doc was given a backup feature, which works better. Since I really enjoy real-life debunking, I think there's room in the DC universe for such a character. Just because there's real magic in DC, doesn't mean there isn't fake stuff, too! 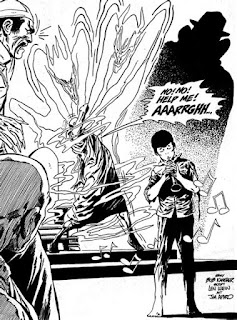 As for the Phantom himself, he really is an interesting character. He's in a constant battle with evil, trying to help regular people resist bad tidings.
But what makes the character different and interesting is that his true identity and origin are never revealed. But in to what really inspired me to write about this topic: Jim Aparo! 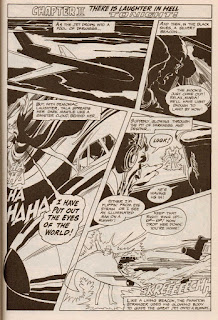 Jim Aparo drew many Batman-related comics in the 80s and into the 90's. I read Batman and the Outsiders for a while, and Batman around the time of Death in the Family. I always liked Aparo's Batman. However, I never knew about his run on PS. Aparo's Phantom Stranger is absolutely beautiful! Magnificent storytelling, and awesome use of back and white. It sets a mood, and tells a tale! Just about perfect.

And I was also inspired to draw my own Phantom Stranger sketch: 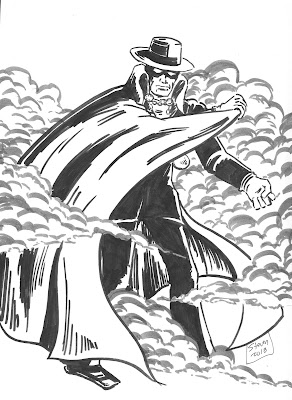 Posted by Steven at 8:10 PM No comments: