Movie review: Guardians of the Galaxy

I recently had the pleasure of seeing Marvel’s most recent cinematic release, Guardians of the Galaxy. I must say, this is one excellent movie!  It’s a certified hit for Marvel, and there’s a good reason: it’s a wonderfully fun movie!  The action, the characters, the effect, and everything else is best described as FUN!
I’m not sure where to start to review this movie without spoiling everything, but I’ll try to be light on the details since I want everyone to enjoy the fun surprises the first time they see the movie, and yet still be able to enjoy my write-up, and maybe my opinion will convince some people on the fence to go to the theater to see Guardians. So, I think I’ll discuss the main characters:

Peter Quill/Star Lord is the only human member of the Guardians.  He was kidnapped by aliens as a child and grew up in space, becoming a sort of pirate, operating a little outside interstellar law to make a living, yet not being a bloodthirsty hardened criminal. He also has a tape of Earth music he loves to listen to in his spacecraft.  Peter lets us human viewers identify with someone quickly and appreciate the challenges he faces and his successes.

Gamora is the only female member of the Guardians, but she is genetically modified to be far superior to our human lead.  She is tough and dedicated, and provides a love interest for our lead.  She also has a tragic past she’s trying to overcome.  But so do the rest of the gang. She’s interesting, but not as much as the others.

Drax is the big, tough guy.  This guy is a killer, and not a very smart one.  He’s probably the most one-dimensional of the Guardians, but it works wonderfully for him.

Rocket is a genetically constructed and cybernetic enhanced raccoon-like creature. He’s got a lot of attitude, and he’s an electronics whiz.  From what I’ve read online, he’s a standout favorite among the group.  I admit he’s really fun, and much deeper in character than he first appears.  I think he shows the most character growth over the course of the movie.

Groot is a living tree who only says “I am Groot.” And he’s the most lovable of the characters, as you can easily sense his feelings.

And there are lots of other characters who are very well written and portrayed. But you’ll have to see the movie yourself to find out about them!  Then you can write your own Bloggy or comment about them below!
Posted by Steven at 9:50 PM No comments:

I wanted to say something about the death of Robin Williams, a great actor and comedian whom I have loved for a long time.  I’m not sure what I can say about him that hasn’t been said or isn’t known or easy to find out.  So I thought I’d share a silly story.

When I was in grade school, I wanted to be Mork from Ork.  So much so that when I was in one of the school musicals, before taking a bow at the end of the show, I put my hands behind my ears in imitation of Mork’s sign-off Na-Nu, Na-Nu gesture. I had forgotten this until someone reminded me in High School, but the memory came to me today and I felt like writing it here.

Thanks for all the great times, Mr. Williams!  I’ll miss you.
Posted by Steven at 10:57 PM No comments:

Bill Mantlo is one of the comic book writers who shaped my love for the medium. He has recently gotten some attention as the co-creator of Rocket Raccoon, a character in the Marvel movie Guardians of the Galaxy.  Bill wrote many Marvel comics in the ‘70s and 80’s, and I can’t even begin to list them all here.  At times, it seemed like he was writing everyone, and I believe he probably wrote comics that included every active Marvel hero at that time. 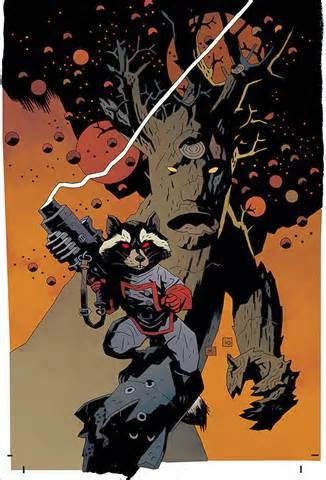 Personally, I own a large part of Mantlo’s long run on the Hulk, as well as much of his Rom.  I also have every issue of the Micronauts that Mantlo wrote, some of which took me a while to hunt down!  I talked a while ago about my love for the Micronauts (here).  Mantlo wrote a Marvel Team-Up story, with Spider-Man, the Hulk, and Woodgod, that was one of the first 3 Marvel comics I ever read. (Got them in a 3-pack.) He also wrote Avengers Annual #9, in which the team fights a foe that comes from their own basement!  That Avengers’ annual was absolutely excellent, and was my favorite comic for years. 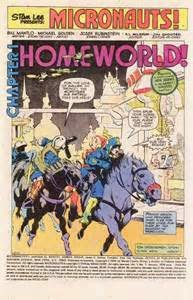 I have to admit that I didn't read the Rocket Raccoon stories that Mantlo wrote, though I remember when the character debuted. I’ll have to rectify that and find them somehow soon.  Anyway, I wanted to write my little tribute to Mr. Mantlo and wish him well.  I know he’s been residing in a Healthcare facility since a horrible hit-and-run accident left him with permanent disabling injuries. One of the recent stories about him is his reported enjoyment after seeing a special private viewing of Guardians of the Galaxy.  I hope it made him as happy as his work made me over the years.