Mini-reviews: Rogue One and Fantastic Beasts and Where to Find Them

The two fictional series that I enjoy the most are the Star Wars and Harry Potter universes. Recently, both of these universes were expanded upon by the release of a movie that lies outside the original narrative. I watched both of these movies in the same week recently, and have written some of my thoughts here.

Rogue one was an interesting visit to the Star Wars universe. The best part of the movie is the big fight at the end. It was loads of fun to see the rebel forces with all the classic ships in a big battle against the Empire in a scale that was not possible in the original movie. However, the build-up to the big fight at the end was not nearly as interesting. Unlike The Force Awakens, I was not that interested in the new characters introduced this time around. Also, the situations that lead up to the final battle were just not nearly as exciting as the norm established by George Lucas with the original trilogies. 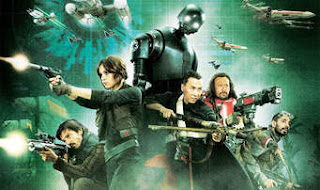 It is also true that the movie lacks some suspense because it is a prequel and the viewer knows exactly where everything is heading. The writers tried to work around this with the introduction of the new characters, bu, as I said above, I did not find them overly interesting. I also did not like the idea that a flaw was built into the Death Star. This is unnecessary and makes the effort by the rebels technicians to find a weakness in the original movie seem less heroic.

Finally, I'd like to note that I am more interested new tales that take the Star Wars Universe into new territory than stories that fill in gaps that don't really need to be filled in the existing Canon. This movie was really unnecessary. But it was fun, and I'll give the creators involved credit for that much.

Fantastic Beasts and Where to Find Them is not really a prequel even though it occurs before the original Harry Potter series, because this was a totally different tale with a totally different villains and heroes that are not related to the original cast of the Harry Potter book series. In this case we know very little about the new characters and I really did like the characters introduced in the film.

The plot kept the story moving and interesting and I found it hard to predict where things were going. The magic used in a movie was fun, especially since this shows magic interacting with the "real world" as opposed to the books which primarily take place in the Wizarding World. 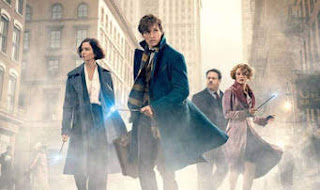 One of the aspects of the Harry Potter books that I enjoy the most is the big reveal moment that occurs for the end of the story. In this movie there are two reveals concerning who is the threat to the main characters. I really enjoyed and was surprised by the reveal of the identity of the person whose magic was killing non-magical people. The other villain reveal was a little more obvious and more extreme than necessary. All the character had to be was a sympathizer and not the actual big-name villain of this era of the Harry Potter world and I think it would have been just as effective but less coincidental.

I hope to see more in the Harry Potter universe including a follow-up to this movie so we can visit with these characters again and see where life takes them. Besides, I do tend to love period works, so historical fiction of this type is right up my alley!

Well, that's my commentary for now. I'll be back with more later!


I recently finished reading the classic novel of the slave experience in America Roots: The Saga of an American Family by legendary author Alex Haley. Reading this classic was a very moving experience for me, and as with many of my favorite things, this novel made me think a lot about things. In this case, I've been thinking a lot about history, life, and humanity. I saw some of the mini-series based on the book (I was too young to watch it when it premiered.) and I saw the sequel mini-series in its entirety when it originally aired, but I have not revisited them since,

Let me start by saying that I am aware of criticisms leveled against this book,  almost all of which have to do with its historical accuracy or lack thereof. But I came into the experience knowing it is not non-fiction, but rather a dramatized version of reality. Historical fiction based loosely on real events. I read the book as a depiction of what life was like for Africans and their descendants during the days when slavery was a common practice in the United States. 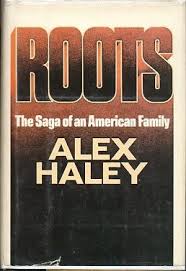 The story tells mostly of Kunta Kinte, an African who is captured by slavers and taken to the colonies that would soon become the United States of America. He is sold into slavery, tries to escape several times, and eventually accepts his condition, marries, and has a child. Unfortunately that child is sold to another owner in her teens. The story then continues with Kunta's daughter, Kizzy, and her descendants, all the way to Alex Haley himself.


The bulk of the book tells the plight of slaves and describes the institution of slavery in the United States. In modern times it is often hard to believe slavery was ever allowed in America, much less that it was popular worldwide for much of human existence. The aspect that most struck me is how the slave owners believed that slavery could ever work. The mentality is that slaves should just accept their fate and be good slaves, then they owners wouldn't have to punish them. The reason this is crazy is that there's no way any person wants to be owned. No matter what, even with the most humane treatment, slaves are always going to want freedom. And there's no way any revisionist is going to make a convincing arguement that slaves in America were treated humanely. 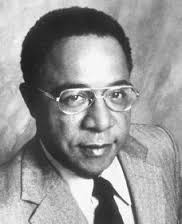 The other thing that hit me the hardest is how the white men would look upon the blacks as inferior, treat them like subhumans, but then seemed to have no problem sexually assaulting them. The one aspect of American slavery that has been the most damaging, and continues to haunt us today, is the racist rationale behind it. White people in positions of power assumed and rationalized that they were superior to darker skinned people, and used it as justification to treat them horribly.

As a final note, the novel does an excellent job telling the story of slavery through the eyes of the characters, and the characters and their lives are very engaging. This makes the book more entertaining than a non-fiction book about the subject. But even more importantly, it makes the story that much more human, and allows the reader to connect with the characters and understand

their situation more.
Posted by Steven at 11:17 PM No comments:

Marvel's premiere mystic has long been one of my favorites, though it is rather...strange. I don't usually like characters with no upper limit to their power, and the good Doc definitely is one of the most powerful Marvel characters ever created. In effect, he can do anything the writer wants him to do. Because..magic! However, despite this seeming lack of a weakness, there are some absolutely amazing Dr. Strange comics.

First, there is the original run by Steve Ditko and Stan Lee, which established the back ground and tone for Marvel magic. Stan continued after Steve's departure and kept the neat adventures going. Anyone should agree that Doc has one of the best origin stories ever, and the rhyming incantations really bring a flavor to the series that other magical acts lack. 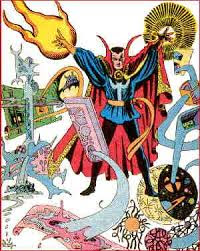 Then there's my favorite: the Roger Stern run in the 80's begun with artist Marshall Rogers and completed with the inimitable Paul Smith. Roger's run harkens back to the Steve/Stan days and yet doesn't seem "old" at all. It also develops the relationship between Stephen and his disciple and love Clea. As well Roger gives us a Clea who grows beyond the shadow of her mentor, and proves very capable on her own! 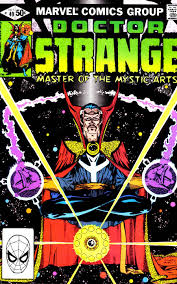 Anyway, even though I think it would be incredibly difficult to continue to write stories that challenge a guy who can cast spells to do pretty much anything he needs done, Dr. Strange has some excellent comics. And the recent movie mines the source material very well to give us another successful "Marvel Movie"! Though not as good as Ant-Man, in my opinion, Dr. Strange is a "must not miss" movie for anyone who like the Marvel cinematic universe or the classic comics!

I'll end with a recent drawing of mine, influenced greatly by the Ditko look, and created with all colored pencil. Just to see what I could do: 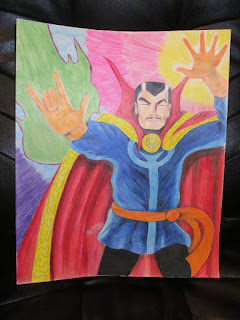