I know I just posted about Out With Dad, but I thought this episode was well worth writing about due to the interesting nature of the way it was filmed. 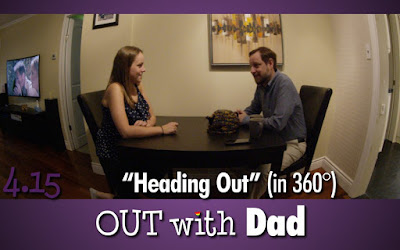 "Heading Out" is the fifteenth episode of season 4 of Out With Dad, my favorite webseries. This episode was filmed in 360 degree cinema.  As creator/director Jason Leaver explains in a "Making of" video this technique involves using a stationary camera during filming, and then allowing the viewer to pan around the scene when viewing. Jason recommends using a smartphone for this, but since I don't have one I used Google Chrome, which is my favorite browser anyway.  Yes, you heard that right. I like Chrome a lot. Highly recommended.  Anyway, this method of filming makes the episode a lot like a live stage performance.  The scene is, unless I'm way off, filmed in one take, and though you can "look around", you cannot zoom in or out, just like you were sitting in a seat at a theatre. The director is really giving up lot of control by using a stationary 360 camera. He can't cut out, zoom in, combine shots, and whatever else those guys do that I don't know. So this is a very different experience in viewing. 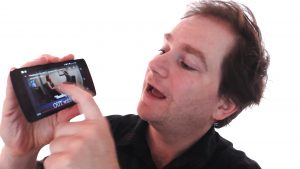 As for the episode itself, it is all about Rose and her Dad getting ready to meet their former loves.  Rose going to see Claire who is back in town, and Nathan seeing Valery. Their interaction is cute as they pick out clothes for each other without looking, and fret a lot while supporting each other. They also make tea, including Rose using the phrase "hot the pot" which I don't think I've ever heard before. Finally, Nathan also mentions the possibility of Rose talking to Vanessa after all this time.  Rose is NOT receptive to the idea.  Jason noted this as an important episode, but it looks like a little downtime before the "big event" to come next time.  It's solid, but not one I'm likely to re-watch a lot.

But...does the 360 thing add to the episode?  I'm going to say...no. It's pretty neat to "look around", but there's this big problem I had: there's not much to look at. I looked at the ceiling, the door, the floor.  Then I looked at the characters. And it was like watching them on stage (as I mentioned above). But I think this technique would be more interesting if used on a video where there were things all over the place to look at!  Where you could watch several times and see something different each time. This episode wasn't very visual at all, really. It's  about character, not action.

Still, at least I got to watch my first 360 episode of something. Thanks to Jason for daring to try something different!
Posted by Steven at 11:26 PM 1 comment:

I'm almost caught up with my reviews of Out With Dad, season 4.  Happily, Jason and Co. keep making them faster than I can write about them. 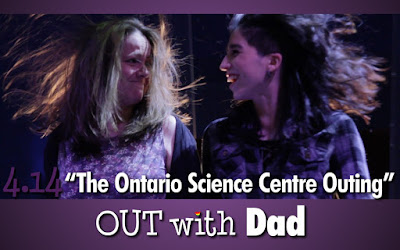 with potential new love interest Vanessa II. (If you're reading this but for some strange reason haven't read other reviews or watched the show, Rose's first, high school love interest was also named Vanessa, hence the need for a modifier.) Rose tells her friends about how much fun it was doing all the sciencey things with Vanessa II, without the pressure of it being a "date". She enjoyed just hanging out with Vanessa II as a friend and was relieved that the interaction didn't get romantic.

Before saying good night, Vanessa unexpectedly kissed Rose. Or, maybe it wasn't so unexpected. Looking back, Rose realizes there were plenty of hints all along that Vanessa II was taking it very seriously as a date. Rose was just too naive, distracted, or perhaps unwilling to see it. So...what should she do now? 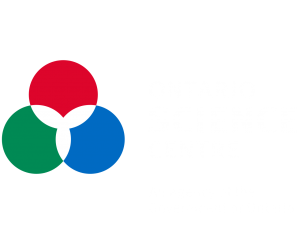 I absolutely loved this episode.  It is very reminiscent of the second season episode "The Museum Outing", in which Rose and Claire have their first social interaction, with hints of future romance.  I wonder if some people will think it too much a repeat of that episode, but there are important differences. Mostly there's Rose's reaction to the "dates". But also. there's the difference of age and experience.  Rose sees the Science Outing as a nostalgic trip down memory lane. But she's not in a hurry to get into a relationship, and maybe this is why her thoughts stay so innocent.

One thing's for sure, it will be interesting to see where all this leads!
Posted by Steven at 11:03 PM No comments: