I'm only reviewing one episode of Out With Dad today. This is so I can do the next two Counselling episodes together, since they go together well. 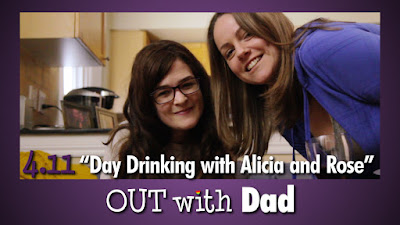 So in this episode we have Rose and everyone's best friend Alicia talking while drinking at Alicia's place. Alicia has just found out about Vanessa II's name.  They talk about Rose's plans with Vanessa II and how Rose will miss the GSA (Gay/Straight Alliance) meeting.  There's a neat little thing here how Rose doesn't want to go to the GSA meeting. Avoiding being the "lesbian" I think. Rose is unsure how to approach a first date. For example, she doesn't know what to wear to "impress a girl".

Then Claire calls!  Yes, it's the incredible return of Claire!  Sort of.  I mean, she's in the episode via a video chat, but not actually IN the episode.  But it's still more than a cameo appearance.  It's a real appearance.  Whatever they call that in Hollywood talk I don;t know.

Where was I?  Oh, yeah.  Claire calls and has a slightly awkward but kind conversation with Rose. Claire also seems to be having some trouble with her living arrangements.  Very vague. Hopefully more on this later.  Then Claire gives Rose some amazing dating advice.  Claire is sweet and just amazingly Claire-like.  I'm glad Jason didn't go with having them get in a argument or anything like that. They sounded like a pair of adults!  Bravo!

Still, this episode is the set-up. The payoff should be the REALLY interesting episode!
Posted by Steven at 10:15 PM 1 comment:

I didn't watch "It's the Easter Beagle, Charlie Brown" this year.  But I did manage to see the recently released "The Peanuts Movie" and I feel the need to discuss its merits.

First, I am a huge fan of Peanuts, and I believe Charles Schulz is not just a great cartoonist, but a true National Treasure.  His little creations have captivated audiences for generations, do so all these years after his death (despite no new comic strips) and will certainly continue to entertain people for many decades to come, if not until the end of time itself. I reviewed the early Peanuts strips in this post back in 2014. 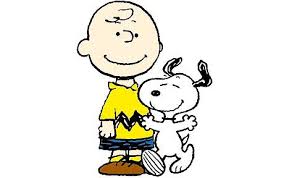 Now, the legacy of Peanuts was long ago transferred to the big and small screen via some really clever animation and  classic story lines, chief among these being the first Christmas and Halloween specials on TV. There have even been some animated special produced since Schulz's passing. However, this version of Peanuts is different on one big way: it's animated using modern 3-d technology.  When the first trailers came out, I heard a lot of people decry this choice, not wanting to walk all over the classic look of the strips and previous animation. However, I'd say the animators did a wonderful job translating the Peanuts characters and environments. They didn't try too hard to make things special just because they were 3-D.  What I mean is there wasn't a lot of gratuitous 3-D scenes. Instead, the animation really takes a back seat to the story. 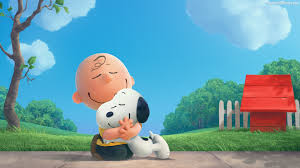 And the story is classic Peanuts! There's one new character, who's really a figment of Snoopy's imagination, and a lot of classic characters that aren't updated, modernized, or made "cool".  This movie should be enjoyable for generations to come.  The only thing I noted they took liberties with was having all the kids attend the same school, when we all know Peppermint Patty and her gang are supposed to be from "across town".  And the ending is a little saccharin, but I think they had to give Charlie Brown at least one win.  After all, his charm is that he stays the nice guy and keeps trying no matter how many failures life hands him.

Snoopy has a great subplot also, interacting with the rest of the cast in the zaniest ways. I laughed a lot at the Snoopy scenes, but also at plenty of others, including Peppermint Patty;s inability to stay awake in class.

As I said, classic Peanuts!  I'm hoping for a sequel!

King Tiger is a character created by Dark Horse Comics back in the 90's when they launched a line of super-hero books and I was in college getting my Bachelor's Degree.  I remember it well because the premiere was drawn by one of my all-time favorite cartoonists, Paul Chadwick.  Paul's Concrete comic is my all-time favorite comic run of anything, and I hope he'll do more someday.  But I digress, what I mean to say is that Paul introduced me to Dark Horse Comics, the company. I then read King Tiger partly because Paul drew it.  And now, all these years later I bought King Tiger's first limited series.  And did I enjoy it?  Let me put it his way: it is probably the best comic I've read over the past year! 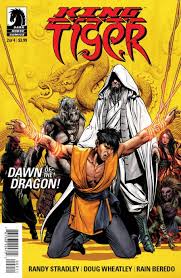 King Tiger is a martial art magician.  Kind of like a combination Brue Lee and Dr. Strange.  Unlike the Doctor, Tiger uses a lot of weapons in his fights, but they are enchanted weapons that rely on mystic as well as mundane strength.  The four-issue series does a good job introducing the reader to Tiger and his history and abilities through the eyes of his recently hired assistant/caddy Milo.  Milo is brave and loyal, but a complete novice to Tiger's world.  Like the typical reader.  The third main character is Tiger's girlfriend Rikki, who supplies Tiger's squad with a headquarters, repairs vehicles, and funds his world-saving missions.  It seems Rikki is terribly rich, which is convenient, but also works well in the context of  the story.

Writer Randy Stradley does a great job of telling the story, getting in all the introductory bits in a way that keeps the plot flowing, and giving each character a unique personality and "feel".  The story is VERY engaging, as the good guys are in constant peril and there are multiple twists in the plot.  Artist Doug Wheatley is just spectacular!  I spent as much time looking at the details in the artwork as I did reading the words on each page.  Somehow, Doug makes the most fantastic subject look extremely realistic.

Anyway, this comic is a definite A+ and I hope it is successful enough to warrant further series of even greater tales!  I'm only sorry I didn't get it read earlier so I could have completed this review a while ago.  But I'm pretty sure you can still order the series from Dark Horse or your local comic shop!  So go do it.  I'd love to hear the opinions of other who have read the series!

The Small Press and Alternative Comics Exposition (SPACE) is just around the corner. I'm always excited to check out the new work by my favorite independent artists, meet fans, and make new acquaintances. But this year I'm especially happy because I will, for the first time, be accepting an award for my comic work!

I won second prize in the "webcomic" category for my comic Mutant Elf.  In case your reading my blog for the first time, Mutant Elf is about an elf who comes from the Fairy World to our world to round up stray fairy creatures and take them back!  A human helps her out, and all hilarity results!  Or at least I hope so.  My current storyline, "The Package", is a little more serious than most, and hasn't included our title character except for one short mention.  The story is based on a short story my brother wrote years ago and includes Nor, a guy who can turn into a dragon. Nor appeared in an earlier Mutant Elf storyline. 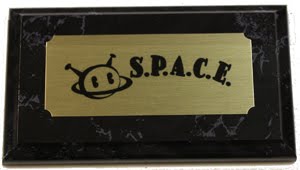 Finally, please check out my latest: Mutant Animals vs. Zombies vs. Machines vs. Humans! It's the comic with something for everyone!

Well, that's all for today. We award-winning cartoonists must get our rest, so we can produce more comics tomorrow!