I continue to try and post some examples of art I have created here.  These are polymer clay statues I've done this year. 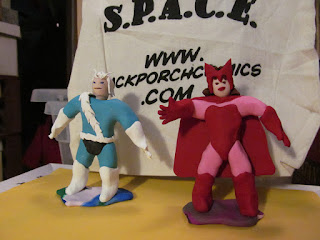 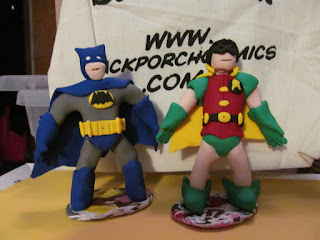 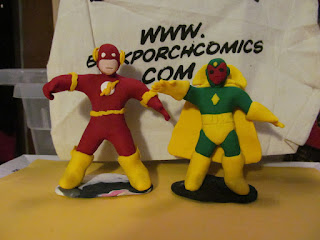 Kayla: Hard Driving is a 24-hour comic by Lou Graziani I picked up at SPACE this year.  For those of you who don’t know, a 24-hour comic is a 24 pages comic totally written and drawn in 24 hours or less. It’s a technique used by artists to push themselves to be more efficient in getting their ideas out of their heads and on to paper.  I think this is a useful technique because there are far too many projects and ideas that never get developed but stay in someone’s brain as a “that would be cool” thought.  I don’t mean that every idea should be completed in 24 hours, but rather that if you can get something done in 24 hours, you should be able to get other things done when you have more time. 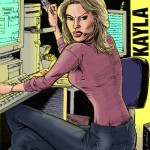 But on to my thoughts about Kayla: The main character in this comic is a young woman who is a computer hacker and is convinced the government is hiding secrets about aliens.  To expose the alien secrets she seduces and senator, hacks into government files, and calls in favors from friends, all in an effort to let the public know the truth about aliens.  This isn’t really a new idea, but I do like the main character, who is surprisingly well fleshed out given the constraints of the story.  Also, there is a sense of suspense as Kayla tries to avoid discovery while continuing to embark on bigger and bigger risks.  There is even a nice little twist to the ending.  Not too extreme, but clever.

The interior art is decent though not as nice as the cover, which I would think is due to the 24-hour constraints.  However, it is easy to follow the action and includes some rather complicated perspectives.  I think there’s less expectation for perfection artistically given the format, of course.  Part of the idea of doing something in a short time is allowing things not to be perfect in lieu of getting a product finished. 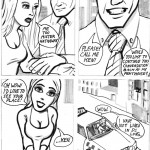 Lou has a nice website for this and his other comics, including Cy-Boar which is a clever title.  You can even read Kayla on his site, as well as other comics.  So check it out!  I’ll try to be back soon with more art and reviews!
Posted by Steven at 11:14 PM 2 comments:

More of my recent Star Wars related drawings.  Did I mention I basically learned to draw drawing Star Wars stuff! 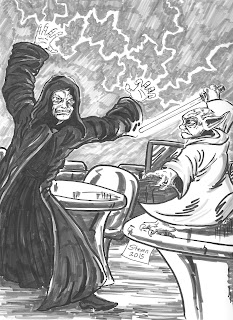 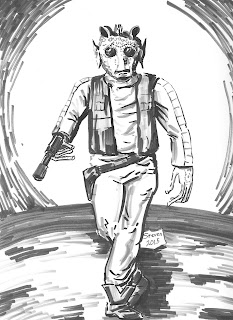 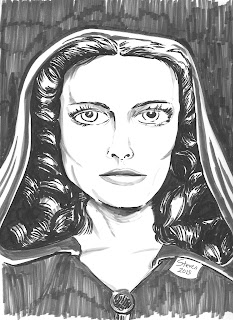 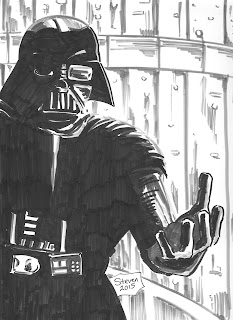 Among my next few posts, I’m going to review some comics I picked up at SPACE- the small press convention held in Columbus, Ohio every year. 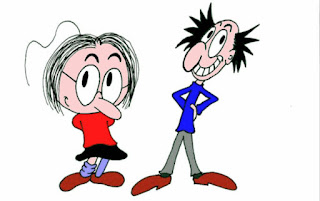 Scribbles is produced by Kel Crum, who is an all-around nice guy in addition to being a very funny fellow.  Scribble is a series of collection of some funny comics starring Brenda Visage, Ed Thud, Cornelia, Chickens, and Donna the Dead.  I’ve talked of Kel before and he’s just one of those guys who know how to be funny.  (He also knows everything-and I mean everything- about classic cartoons, but that’s another story.) The stories here range from a girl who comes apart to a dream and a battery powered… well…It’s hard for me to explain the jokes in his comics…so I think you should check out his website and contact him to buy some very good and affordable comics!  If you don’t laugh I’m sure he’ll give you your money back.  Actually, I’m not sure of that at all, I just made it up, but you should buy his stuff anyway.  You’ll laugh!
Posted by Steven at 10:40 PM No comments:

I wanted to post some of my recent work.  Here's some stuff of a related theme: 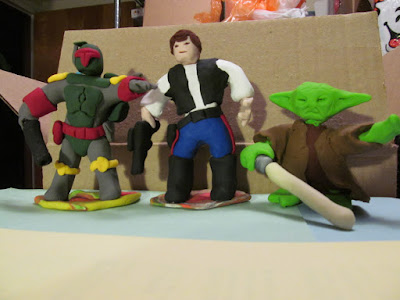 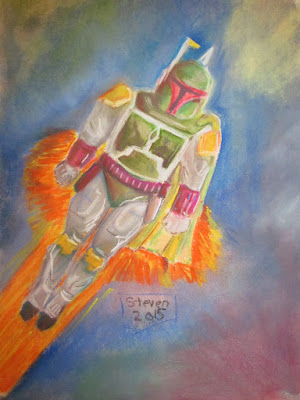 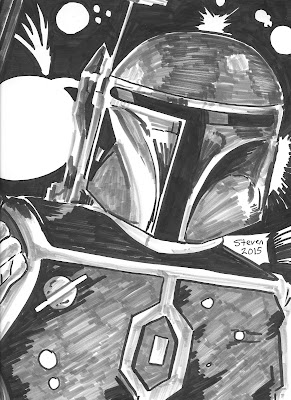 I plan to intersperse some art with my pop culture commentaries on my bloggy for now. Hopefully I entertain some readers!﻿
Posted by Steven at 8:12 PM No comments: